Who can remember this successful rap song from the nineties? No idea who was meant with that text!? Surely the song was not written for a newborn ringed seal! It would have been fitting, although at Burgers' Zoo we do not call newborns babies, but foals, calves or just young... Ringed seal pups are generally born in ice holes in the winter cold and have an enchanting appearance with their light, fluffy coat and enormously huge dark eyes. Currently another pup (this is the correct name for a young seal) can be admired at Burgers' Zoo.

The ringed seal pup was born in the middle of February. This is the third birth at our zoo and that in itself is rather special. After all, ringed seals are a species that is only occasionally seen in zoos. As far as is known, the first pup in European zoo history was born in February 2012, right here at Burgers' Zoo. Sadly enough this pup did not drink well and did not survive the first critical days. Raising a pup was successful in 2013 and with this we had a very special first! The pup born at that time has become an adult now and moved to a French zoo. And now ... in 2016 ... another little pup!

Gestation period with a delay

Ringed seals have a rare reproductive biology. This small species of seals mates in the water. In ringed seals the mating and fertilizing of an egg cell usually takes place within one month after a female gave birth. After the first few cell divisions in the development of the embryo first a delay of at least three months is added in. Only then the embryo continues its development and after another eight months of gestation an approximately four kilogram heavy pup is born. This phenomenon of 'prolonged gestation period' is seen in a number of sea lions and seals and also in a number of bear species. Evolutionary speaking, these groups of animals are also related closest within the predators, so apparently this is an 'old characteristic'.

Young ringed seals are born with a yellowish to light brown coat, the lanugo. The coat of the newborn pup is an excellent aid against ice-cold air. The long hairs trap an insulating cushion of air between the hairs. On the other hand however, in water the long, thin hairs are pushed flat against the body, so therefore this coat does not insulate well in cold water. Ringed seals are therefore not born in the water, but in an ice hole on land. Generally the ice hole is made by the mother in such a way that it only has an entrance under water. This is safer with respect to their greatest natural enemy, the polar bear. The little one almost always stays in his hole the first weeks of his life.

With many seal-type animals the mother stays with the young during the entire suckling period and does not eat anything. However, this is not the case with ringed seals. Studies in the wild indicate that the mother of this species spends less than one-fifth of the time with the pup. She looks up her pup three times in 24 hours to nurse it. Because of the fat mother's milk - more fat than whipped cream - the pup gains weight fast. The pup will already be weaned after six weeks. By then it will weigh between 12 and 22 kilograms. With the weaning the mother's care also stops.

Can a newborn ringed seal swim?

Ringed seals can quickly swim after birth. Our pup, which could be found in the basin in less than a week already, also proved this! But because such a pup hardly has an insulating layer of blubber built up, it does not stay in the water long. Definitely not in the wild, in the arctic waters! On the other hand, the newborns of some other species of fur seals stay on land until their fur grows in. With ringed seals normally this fur growth takes place in six to eight weeks. So those, who want to see this year's pup still in his lanugo coat, will have to be fast! 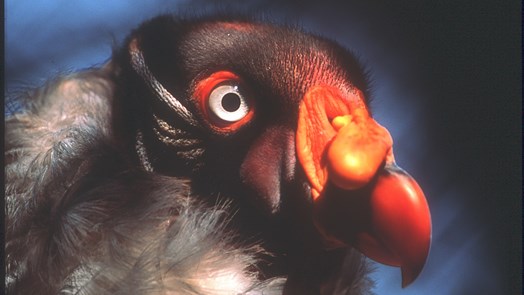