The tropical rainforest of Malaysia!

Burgers' Rimba offers you an introduction to the tropical rainforest of Malaysia! Join us on a journey through a nature reserve rich in animal species. Burgers' Rimba is entirely dedicated to the larger animals of the tropical rainforests of Southeast Asia. The word "Rimba" is Malaysian and means forest or jungle. Upon entering the Rimba, you will encounter sun bears, siamangs and macaques curiously exploring their environment. Nearby, you will find various species of deer and banteng, an impressive species of Asian cattle. In warm summer weather, the banteng can regularly be seen cooling off in the moat.

Look in the trees to find the siamangs that avoid the ground. They can always be found high up in the trees in the Rimba. Every day, the siamang family "sing" their loud, territorial song. As you follow the path, you dip underground, where you will find pythons and monitor lizards. The path takes you back up, past agile langurs and golden-cheeked gibbons swaying in the trees. Suddenly, you find yourself face to face with a tiger!

Endangered on all sides

In Asia—the continent with the world's highest population—nature is under extreme pressure. Many mammal species from tropical Asia are critically endangered. All over the world, nature is threatened by logging and often illegal hunting for meat. However, the species on display in the Rimba often have additional problems. For example, Asia sees a lot of poaching to process animal body parts into traditional medicines, the effect of which has not been scientifically established. Examples include certain bones of the binturong, which are alleged to enhance potency and increase the chances of having a son. A variety of tiger body parts are used in powders, drinks and ointments against a wide range of ailments. Its whiskers are said to help against toothache, while its tail is claimed to cure epilepsy. 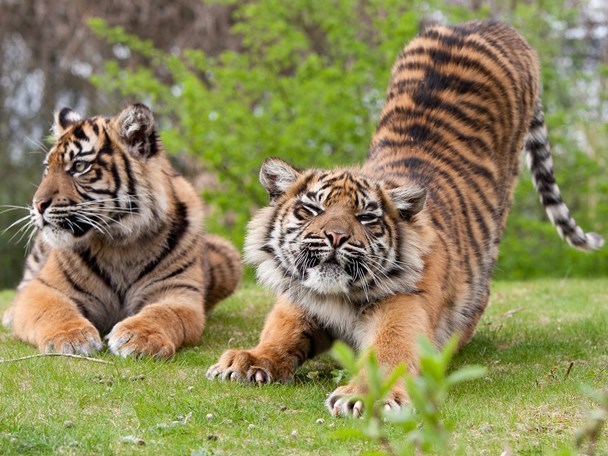 Because many animal species are faring increasingly worse in the wild, the European zoos launched breeding programmes for endangered species in 1985. For these breeding programmes (European Endangered Species Programmes, or EEPs), as much data as possible is collected from all individuals of an animal species. The coordinator uses the data to manage the population to keep it genetically as healthy as possible for the future. The coordinator monitors the status of the species in the wild and maintains contact with conservation projects involving that species. The coordinator also follows research on the species and shares it with the relevant zoos to ensure that the knowledge of the species is always up to date.

Mixed animal enclosures in the zoo

In the Rimba, different animal species live together in a single enclosure wherever possible. The options are limited for the predators, for obvious reasons, but the sun bears and binturongs still share their outdoor enclosure. Herbivores and some types of omnivores are generally easier to keep together. Three species of deer (Eld's deer, Indian hog deer and muntjacs) and two species of monkey (macaques and siamang) are housed together, with banteng also sharing the area. This eco-display is located in the open air and covers around two hectares. Various bamboo species have been planted to reflect the Asian vegetation as much as possible. We also chose other exotic plants that resemble rainforest plants (e.g. due to their large leaves) but are also hardy and able to survive the Dutch climate.

Latest news about the Rimba 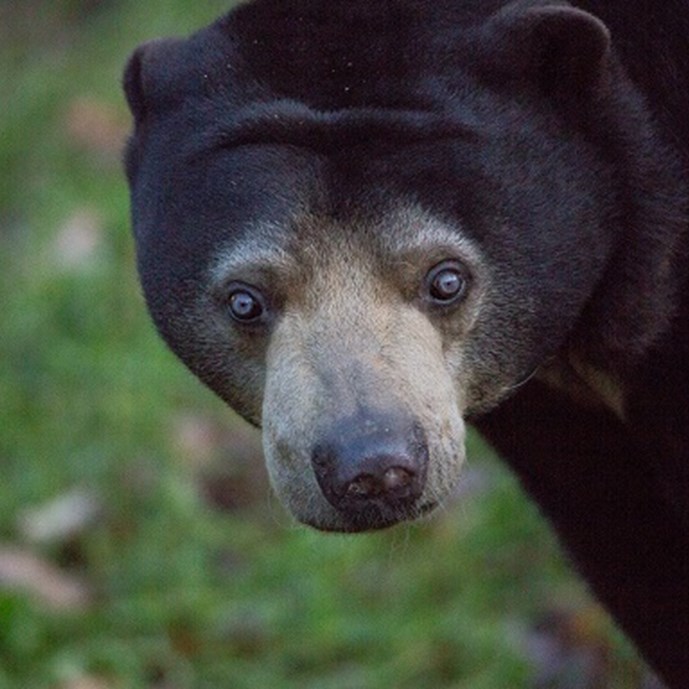 What is an eco-display? The Rimba In the spotlight: Eld’s Deer