On Thursday, 26 November 2020, at around 19:30, a lioness at our zoo gave birth to triplets. Today, on Tuesday, 1 December, we share a compilation of the first video footage made in the new mother's night enclosure. The first days of life are often critical for large predators, which is why we initially provided the animals with as much peace, quiet and space as possible to ensure minimal disturbance.

Arnhem's pride has one adult male and two adult females. One of the lionesses gave birth to twins on 27 July 2020: a male and a female. With the birth of the triplets on 26 November 2020, there will soon be five lion cubs on display at Burgers' Zoo. However, the three newcomers will spend the next few weeks behind the scenes in a separate enclosure with their mother.

In the wild, heavily pregnant lionesses also temporarily detach from the group before giving birth to their young. They often seek shelter in wooded areas or other sheltered locations. The lioness will wait a while before rejoining the group with her new cubs. Burgers' Zoo simulates this natural situation as closely as possible. The mother is very protective and does not tolerate prying eyes.

Even an iconic predator such as the lion, with few natural enemies other than humans, is becoming less and less common on the African savannahs. Loss of habitat, illegal hunting for trophies or traditional medicine, and human-animal conflict are taking their toll: the number of lions in the wild is drastically decreasing. 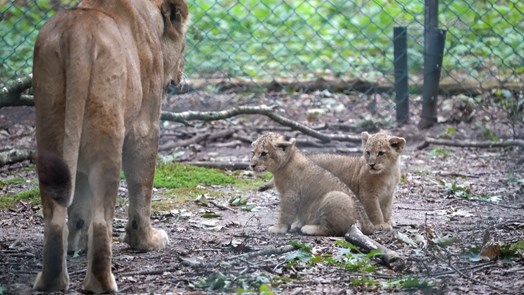 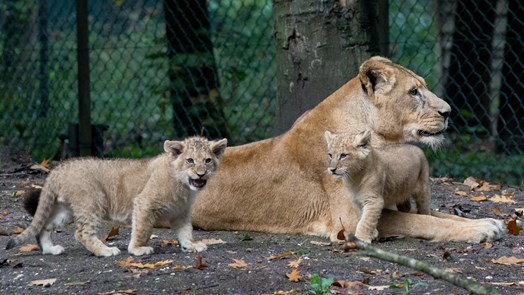