All members of the European Association of Zoos and Aquaria (EAZA) participate in various European breeding programmes for endangered species. Actually, 'European population management programmes for endangered species' is a more fitting term, as there is much more to it than just breeding. This series of articles analyses the challenges biologists face concerning various specific animal species. In this article: the lion.

This article is a bit different from the rest in this series as there actually is no European breeding programme/population management programme for the lion! Although the lion population in the wild is declining, zoos find themselves in a luxury situation. Lion breeding is so successful that many animals are currently on contraceptives—some temporarily, others permanently. This is very different to the 1960s, when breeding lions was difficult.

Back in the day, cubs were regularly born in European zoos, but most did not reach adulthood. The animals were often killed and sometimes even eaten by their mothers. This is not unnatural behaviour. If a lioness feels threatened in the wild, she may also decide to kill her cubs. At the time, Burgers' Zoo was remarkably successful at breeding lions compared to other zoos. However, the long-term result was that almost all lions in zoos throughout Europe and North America were related to the Arnhem population.

Burgers' Zoo had figured out that a safe, sheltered and secluded nursery is essential for the cubs' survival. A pregnant lioness must be able to withdraw to a place where she feels completely safe and at ease, and above all, is not disturbed by people or other lions. In those days, it was also common to bottle-feed older or sometimes rejected cubs or have a dog raise the lion cubs as a surrogate mother. This knowledge was cherished like a secret family recipe.

Times have changed, and nowadays, we would immediately share that knowledge with fellow zoos. We now understand that if other parks are also successful in breeding a certain species, it is good for the zoo population of that species as a whole. It keeps the genetic variation within that population as high as possible. 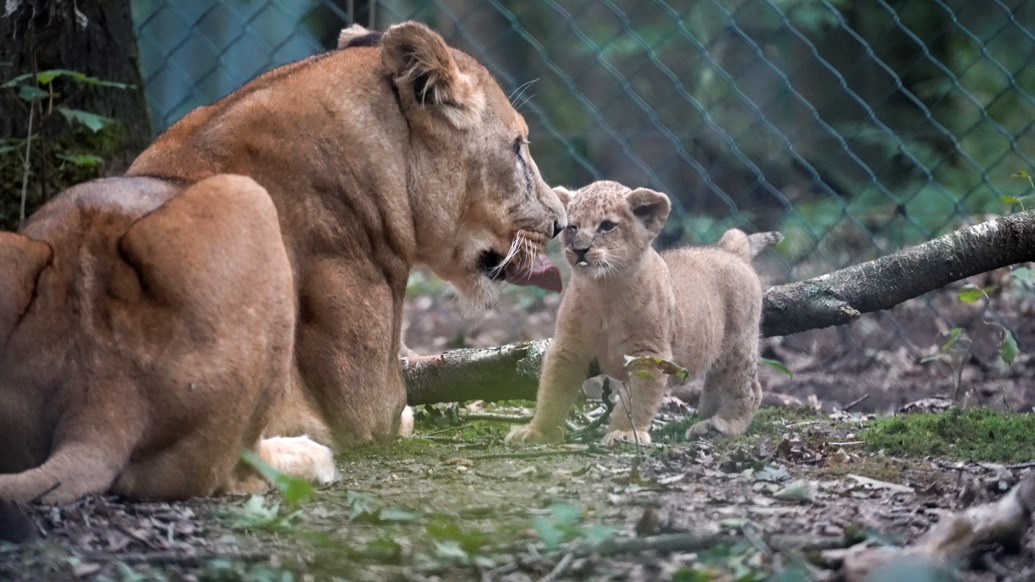 Many lionesses in zoos have received a contraceptive injection, a temporary contraceptive also common in humans in a slightly different form. Sterilisation is also possible, but this is a mostly permanent and irreversible procedure. Both male and female lions can be sterilised. Male lions can also be castrated, but this often causes their manes to shed and can cause certain natural behaviours that would normally be hormonally controlled to change dramatically.

Zoos must maintain regular contact with each other. If every zoo were to start putting their lions on contraceptives, either temporarily or permanently, there would be no new cubs, which, in turn, might not be desirable for the future situation of the zoo population. So, despite the luxury situation, a carefully coordinated overall breeding policy is still important, even if there is no official breeding programme.