The scent of the opposite sex

When designing a modern animal enclosure, we start by carefully studying the natural behaviour of the animal that will live in it. What does the animal need? Can it retreat out of sight if it wants to, for example? Animals native to tropical rainforests require access to heated indoor enclosures as soon as it gets too cold outside. We also try to stimulate the animals' natural behaviour by surprising them with various forms of behavioural enrichment. In this edition: how the scent of the opposite sex can be used as behavioural enrichment.

In most animal species, the sense of smell is much more developed than in humans and communication through scent plays a much greater role in sexual activity. By smelling the urine trails left by females as scent markers, males can tell whether a female is in heat. The male's immediate response after inspecting the scent often reveals whether that is the case. If the female is in heat, the male shows a lot of interest, keeps smelling and becomes very active and alert. Cheetahs are solitary animals, so zookeepers regularly deposit dung from the females in the male's enclosure. The above reaction and the male cheetah's characteristic "stutter call" are strong indications that a female is in heat. 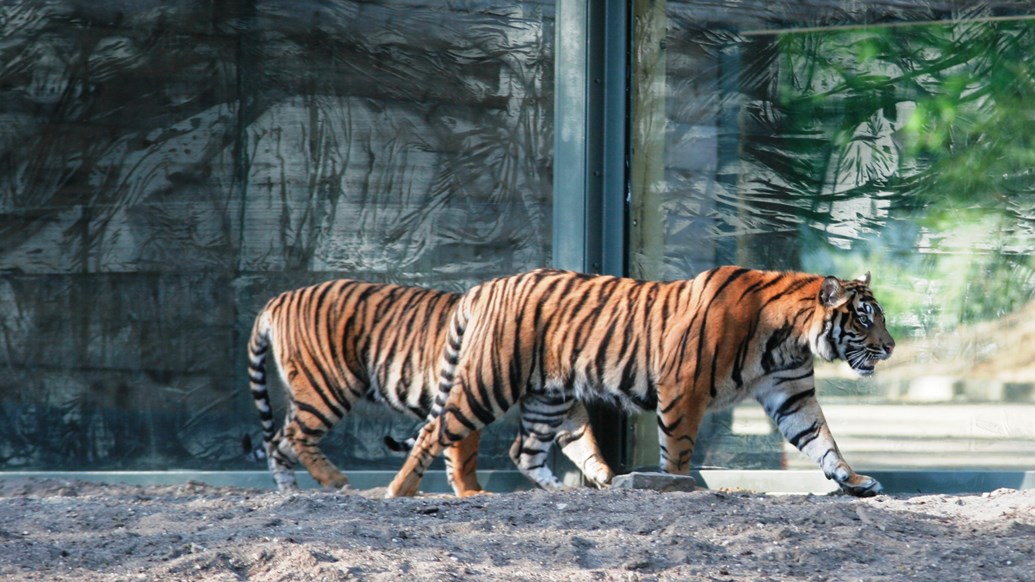 When we had five Sumatran tigers at our zoo at the same time for a while—partly due to the birth of twins—we kept them in different enclosures, both on and off exhibit. We regularly moved the animals from one enclosure to another. Because tigers mark their territory with urine and scratch marks, among other things, the rotation gave the animals a natural form of behavioural enrichment. The newcomers to an enclosure were often kept busy "respraying" and marking places—a bit like a young gang spraying their own tags over a rival gang's graffiti. When a male entered an enclosure where several females had been housed, he was extra busy and overly interested in the female urine traces.

As with tigers and cheetahs, a rhinoceros bull inspecting a female's dung can often be seen flehming: it curls up its upper lip and "tastes" the air. Flehming transports odour particles to the Jacobson's organ in the rhino's palate for further analysis. If the cow is in heat, the bull exhibits the same excited reaction. In that case, the bull will try to make advances towards the cow, who turns a blind eye to his presence. Outside the fertile period, rhino cows do not usually want anything to do with the adult bull. Like in the wild, the bull leads a largely solitary existence; the vast savannah plain in Arnhem is big enough to allow this. It is also possible to temporarily separate the male, a pregnant female or, for example, a female with a new-born calf from the other rhinos in a large, off-exhibit enclosure. 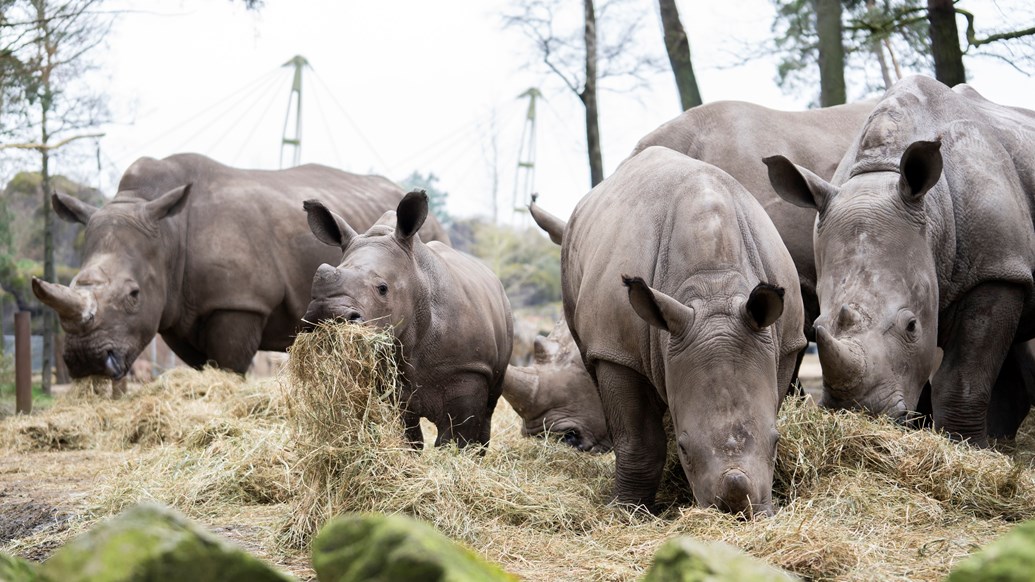 In conclusion, manure and urine from the opposite sex can certainly be used as a form of natural behavioural enrichment. This is especially true for species that live solitary lives and do not share an enclosure with conspecifics of the opposite sex in our zoo outside of the mating season. In species where the males show strong territorial behaviour, the manure of a potential male rival can also be an interesting behavioural enrichment. It can often keep the animals busy for a long time, just as they would be in the wild if they discovered manure from another adult male.

This series of six articles has reviewed various forms of behavioural enrichment. One thing all these forms of enrichment have in common is that the aim is to stimulate the natural behaviour of a species. To determine what might be a suitable form of behavioural enrichment and in which spectrum these possibilities can be sought, zookeepers and biologists primarily need to have a great deal of knowledge about a species' natural way of life and behaviour.