In the past three monthly articles on conservation, we have highlighted several conservation projects in Belize that we financially support in addition to our own project in Belize. However, through our Burgers' Zoo Conservation foundation, we have also been able to award a €25,000 donation to a reintroduction project for endangered tortoises in Bangladesh. The small-scale organisation Creative Conservation Alliance was founded by former Future For Nature Award winner Shahriar Caesar Rahman. This NGO is dedicated to the research and protection of the critically endangered Asian brown tortoise (Manouria emys), which is also the largest tortoise in Asia.

Shahriar Caesar Rahman and his organisation have ten Asian brown tortoises at their breeding centre established in 2017. The tortoises were rescued from the food market. In 2019, eggs from these animals hatched for the first time, resulting in a total of 46 offspring. In December 2021, Caesar and his team released ten of these offspring into the Chattogram Hill region, where the species disappeared from 30 years ago. The neighbouring communities were actively involved in the reintroduction project, as their support for the initiative is important for the future of this species in this region. Before the animals were released, a veterinary examination of the animals was carried out. The aim of this thorough investigation was to ensure that when the tortoises were released, they did not inadvertently introduce pathogenic bacteria or viruses into the area. There has also been much consultation with the government and with representatives of the surrounding villages. On location in the woods, a spacious, naturally designed enclosure was created, where the tortoises could first acclimatise for a few months before being released.

All the necessary permits were acquired and transmitters were bought so that the tortoises could be monitored after release. Several employees have been trained to collect and process the data after the release. The release itself was celebrated as a real ceremony, with influential representatives from the surrounding villages each releasing their own tortoise. Several key officials and representatives of local and national governments were present. This was important to create awareness and goodwill for the reintroduction project.

Improvements on the way

A simple field station has been built with a solar panel, a simple kitchen and sleeping facilities, right in the tortoises' habitat. Researchers and "parabiologists" (local people with training provided by the NGO, mostly former poachers) can stay there during their research and while spotting the released tortoises. To support the surrounding villages, veterinary checks and vaccinations for farm animals were carried out. A building for raising the vulnerable, hatchling tortoises has been partially constructed. The building can house more than 200 young tortoises during their first six months of life. The building is expected to be ready for use in the course of spring 2022.

Caesar says he is very grateful for the donation, which came at a time when other donations were very scarce due to the pandemic. With our help, we have been able to support this small-scale project that effectively works for the conservation of a critically endangered species. Because tortoises are a particularly endangered group, they often receive less attention from conservation organisations. And, there are relatively few internationally supported conservation projects in Bangladesh, especially compared to projects in, for example, Indonesia or India. What makes this project particularly interesting and exciting is that it is being carried out exclusively by local conservationists. 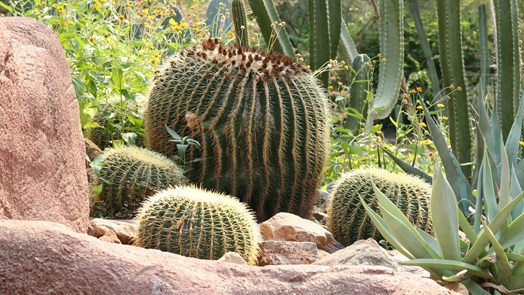 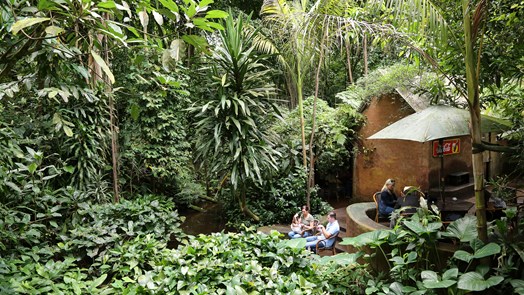 What is an eco-display? The Bush