The Ocean takes our visitors on an adventure into the Indo-Pacific region. Our journey starts on the beach and leads us through the lagoon and into the colourful world of a tropical coral reef. This biotope hosts an incredible variety of species! Everywhere we look, there is life on and around the reef. We dive to the edge of the reef, where we can look out into the infinite ocean. Sharks loom in the shadows, swimming towards us and disappearing just as quickly. We take a quick peek into the deep sea, where the sunlight no longer penetrates. As our journey continues, we slowly make our way back to the surface. Arriving under the jetties of the harbour, we see graceful eagle rays and agile stingrays swimming over our heads. We share this incredible experience with our visitors to create understanding, respect and admiration for this fragile underwater world.

Looking at how the Ocean is designed, you might notice that we have limited it to the Indo-Pacific region. Many other public aquaria offer a voyage along all the world's seas, as it were. Another difference is that the walls are not made of glass but acrylic. This plastic acts much less like a barrier, so visitors often feel like they are actually among the fish. We have utilised other tricks to enhance the visitor's experience further. Before the vast panorama of the enormous window of the shark pool overwhelms the adventurous visitors, they are led through one of the narrower and darker parts of the Ocean, where the lionfish and various corals can be admired from close up. In the eagle ray tunnel, water-filled tipping basins repeatedly break the water's surface so that the pipes and lights above the tunnel aquarium do not disturb the magical experience. In the design, we paid close attention to the visitor's sightline and where the light comes from in the various pools; visitors never see other visitors on the other side of an aquarium. Visitors to the Ocean also hear the soft, monotonous murmur of a diver's breathing apparatus; this prevents human voices from reverberating too loudly. 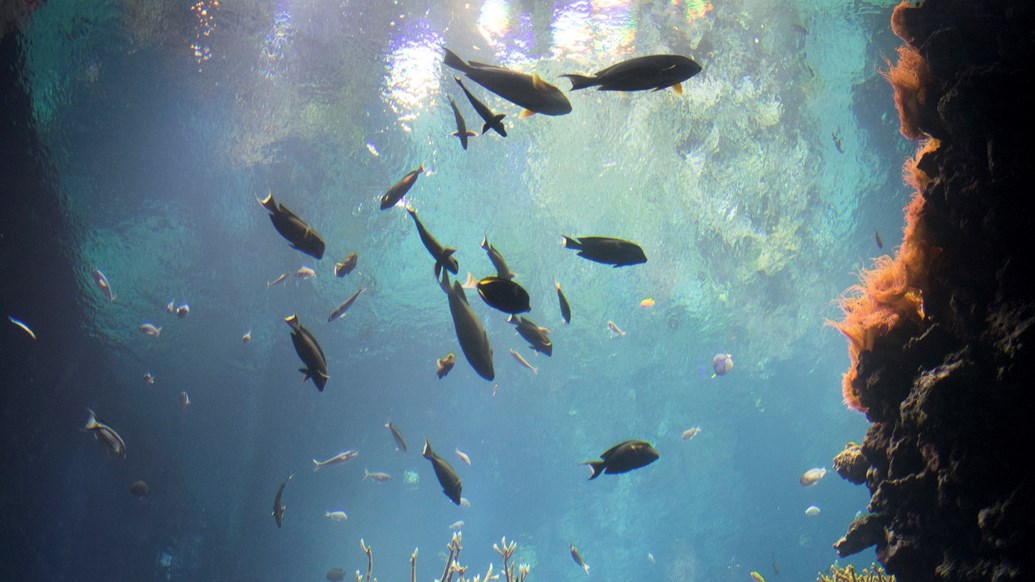 The Ocean is designed to feel like one giant entity, as if all the aquariums are connected, and you descend further and further into this wonderful world until you reach the surface again. However, the aquarium consists of twelve separate parts. There are several reasons for this. First of all, some fish species eat coral, so we cannot release them into the living coral reef basin. The separation also serves as protection in case of disease. If one of the tanks has a disease in it, we have it contained, which allows us more possibilities to fight the disease quickly and adequately. Lastly, some fish eat other fish, so we need to keep them separated. Each of the twelve sections is equipped with a filtration system.

The Ocean requires a lot of technology to function properly. The water quality, composition, flow, light levels and temperature are all heavily regulated. Filters and pumps ensure good water quality and the desired flow; LED lighting provides the necessary light; we even use an artificial moon to simulate the lunar cycle, which stimulates the sexual reproduction of the corals! Various abiotic factors in the water (e.g., nitrogen compounds and phosphates) are measured daily, weekly or monthly. Regular checks are carried out in an off-exhibit laboratory to ensure everything is as it should be. In addition to knowing all about the animals, the biologists and zookeepers in the Ocean need to be well-versed in technology and chemistry!

The Ocean contains a total of eight million litres of water. An important part of this is the tropical coral reef basin, which holds 750,000 litres. This is the largest living coral reef aquarium in Europe; it is the third-largest worldwide, surpassed only by public aquariums in Townsville (Australia) and San Francisco (USA). An enormous variety of species characterises the tropical coral reef: every organism has a role in the coral reef ecosystem. The reef is also constantly developing, as demonstrated by the large numbers of coral colonies we harvest every year and donate to fellow aquariums! This living coral reef comes very close to a real ecosystem.

A lot of research is done behind the scenes in the Ocean, especially on the coral reef tank and the corals themselves. Coral reefs are, unfortunately, among the most endangered ecosystems. Through our research and research projects together with international partners, we aim to contribute to developing knowledge that will help protect the fragile corals in the wild. Another focus of research is the cartilaginous fish species, specifically regarding breeding, proper nutrition, housing and population management. 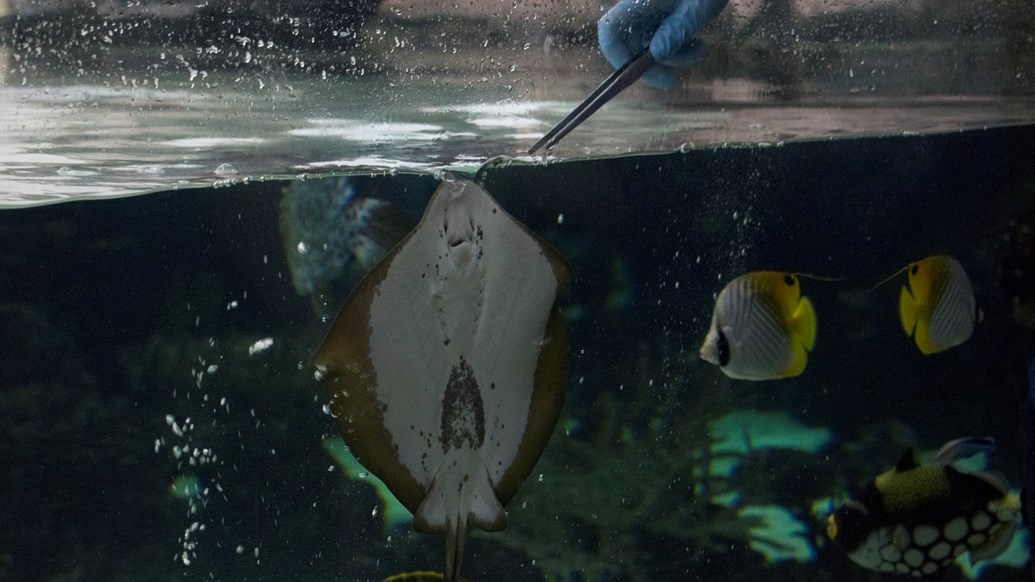 In addition to the live coral reef, to which we have dedicated many years of work, Burgers' Ocean also has artificial corals, which have been created with great attention to detail. Both parts of the lagoon feature artificial coral. During the installation, we carefully considered how corals grow naturally, which species should be on top and which at the bottom. This attention to detail makes it an almost natural reef environment. The result is astonishing, and even experts have to take a second look when they realise they are not looking at real coral colonies. The tour of the Ocean leads through rocky passages created by craftsmen who have dedicated their lives to creating rock formations that look as natural as possible. The precision of the work and attention to detail give the Ocean its very natural feel.

The "dry dive" into the Ocean delivers a sequence of new vistas full of colourful discoveries throughout the coral reef! When we hear visitors at the exit enthusiastically discuss their adventure and the splendour of everything they have seen along the way, we know we have accomplished an important part of our mission! We hope to bring about a lasting, positive change in behaviour towards tropical coral reefs and the need to protect and preserve these fragile ecosystems worldwide for the future.