At Burgers' Zoo, we prefer animals to raise their young without zookeepers' intervention. Young animals learn vital skills from their mothers and—depending on the species—their fathers. In certain species, the father actually plays a more important role in this respect. Older siblings may also assist in the process; in some cases, the whole group is involved in forming the young into fully-fledged group members. Animals raised by humans lack these essential, species-specific skills as they grow up, making it difficult to reintroduce them to their conspecifics later. In some cases, there are very important reasons for hand-rearing a young animal. This time: the pelican. 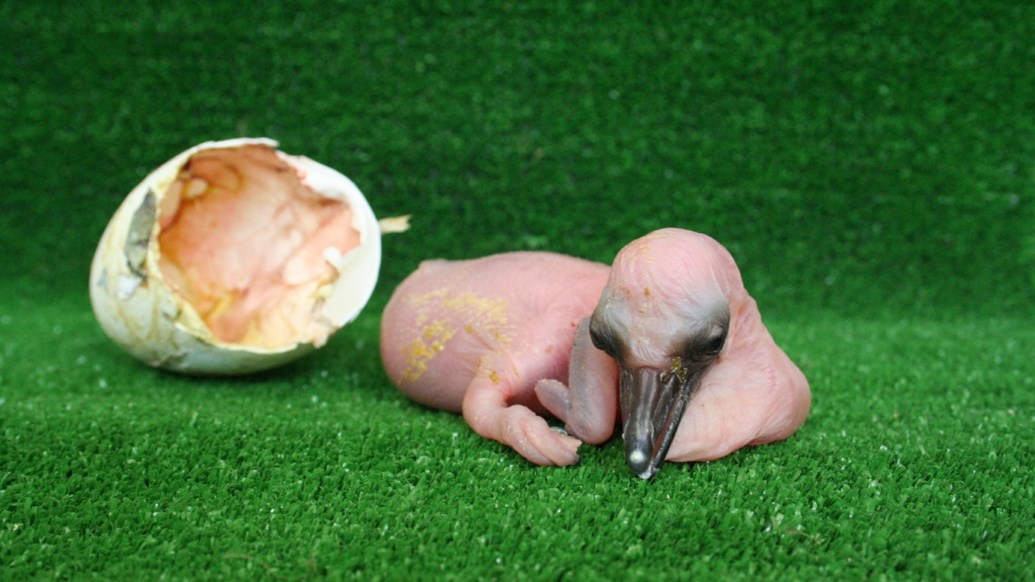 Many years ago, we decided to hand-rear pelicans for our group of rosy pelicans at that time. We made this decision because we had started with a group of young animals, all of whom had no experience hatching eggs and raising young. Sometimes, in their clumsiness and inexperience, other birds would even accidentally trample the eggs of their breeding conspecifics. Pelicans are true colonial birds; the larger the group, the better the breeding results. We could positively influence and accelerate this process by giving the group a helping hand with fresh recruits. Pelicans can live up to 40 years, so a colony of these birds can live together harmoniously for many years. 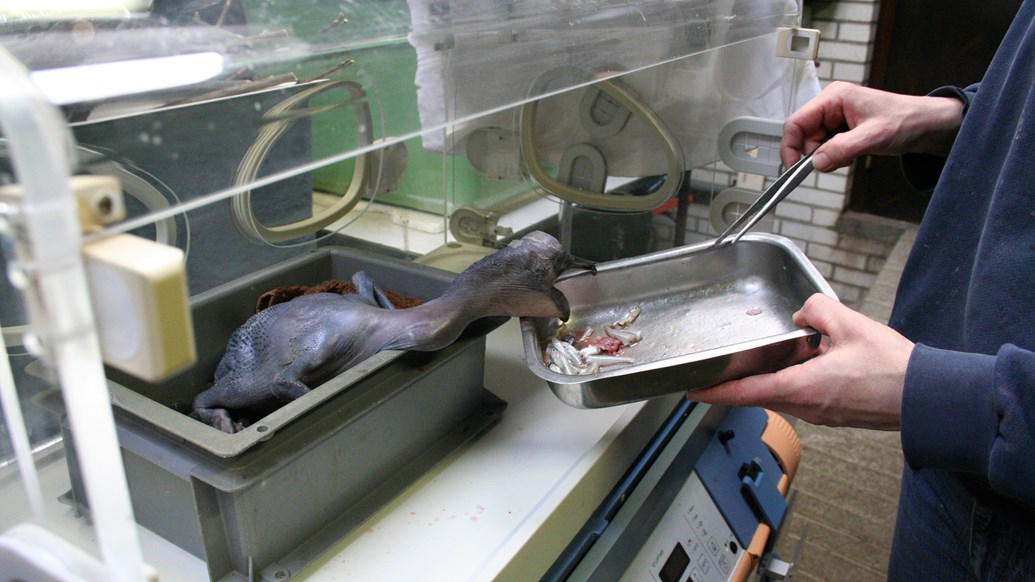 The zookeepers collected the fertilised eggs from the nests and placed them in an incubator. Usually, pelicans lay two to three eggs per nest, but this can vary from one egg to four. The breeding period is about four to five weeks. The young pelicans were not fed for the first twenty-four hours after hatching so that the yolk could be digested properly. In the initial period when the young birds had just hatched, the zookeepers fed them approximately every two hours. In the beginning, of course, the food was still very small and mainly consisted of bits of day-old mice. From day ten, pieces of adult mice are fed, and from day sixteen, half-grown mice are fed. After some time, the mice were replaced by bits of fish and, later, complete fish. Young pelicans grow incredibly fast! The pelicans hatch without feathers. They soon develop a grey downy coat, which they keep until they are about four or five months old. After about a year, the birds have their adult white/light pink plumage. 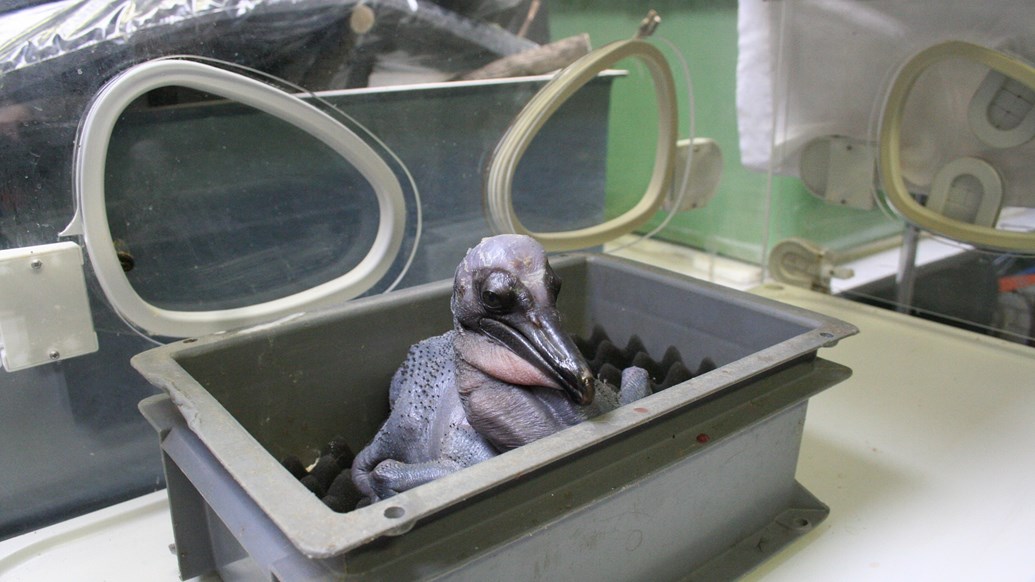 To avoid the young birds from becoming too familiar with humans and aid their imprinting on conspecifics, we placed the young birds in special containers with mirrored walls. Each animal was in a separate container, all placed close together so they could hear each other throughout the day. In the beginning, the young birds did not yet protrude above the walls of the containers, but because pelicans grow so fast, they could soon see each other. In the wild, the mother brings food by regurgitating a kind of fish goo, which the young birds greedily pick out of her mouth and throat pouch. A unique detail here is that the young birds pick up the food with their beaks sideways, tilting their heads. The adult birds are fed freshwater fish at our zoo, as the pink pelican is mainly found in freshwater areas in the wild. We supplement their menu with so-called 'fish eater tablets' so that the birds get extra important vitamins and minerals for fish-eating birds. When freshwater fish are frozen, some vitamins and minerals are lost, regardless of how fresh the fish are when frozen. 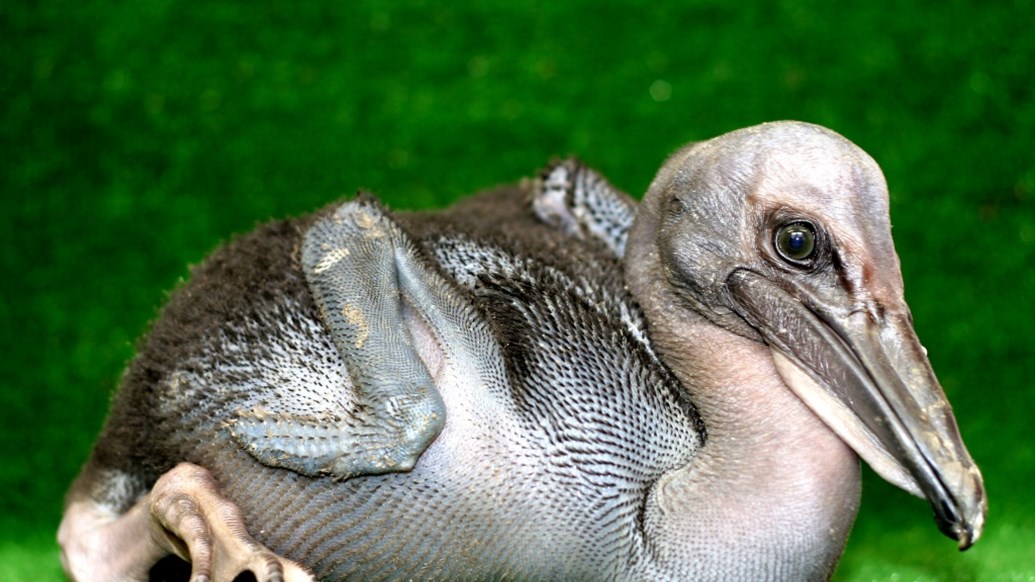