Symbiosis is a term used in biology. We use the following definition: the long-term relationship between two or more organisms, whereby the relationship is beneficial—or even necessary—for at least one of the organisms. Our eco-displays contain many examples of symbiosis. A symbiosis can involve different animal species or, for example, one animal species and one plant species. It is a fascinating phenomenon that beautifully illustrates the complexity and dynamics of ecosystems. All animal and plant species maintain various relationships with other organisms within an ecosystem. This time: the bluestreak cleaner wrasse and its host.

The advantages of this symbiosis are quite clear: the bluestreak cleaner wrasse is assured of food and is relatively well protected from potential enemies thanks to its cleaning activities, which is also recognised as such as the host gets rid of annoying, irritating skin parasites. 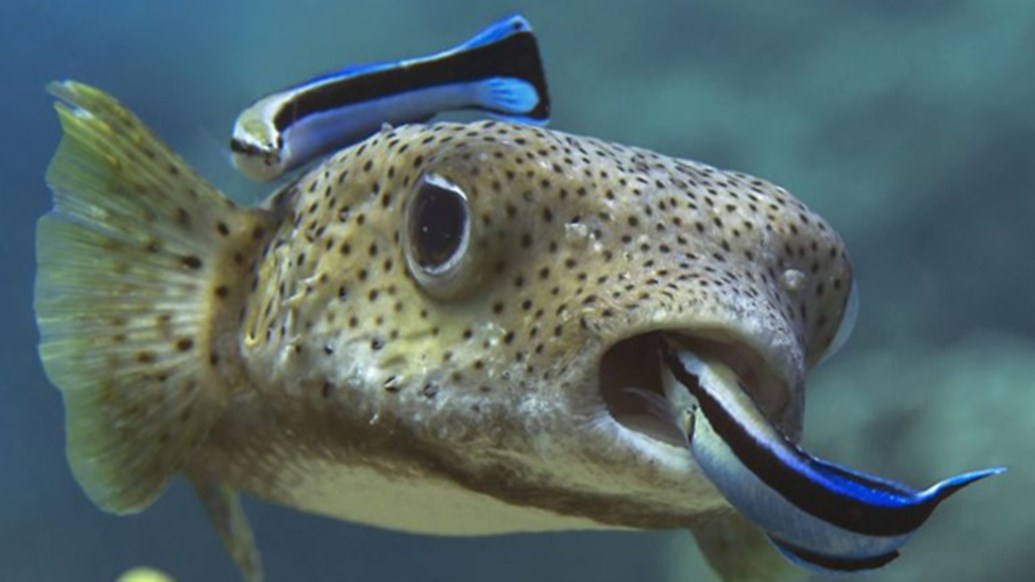 The larger fish even allow the bluestreak cleaner wrasse clean sensitive areas such as the gills. Not many can go near a moray eel's teeth without being worried! However, excess slimes, dead skin, scales, and skin parasites are not very nutritious. Sometimes, the bluestreak cleaner wrasse simply cannot resist the temptation and takes too big a bite on purpose, biting off a piece of the gill, for example. Naturally, this frightens the larger fish, and it usually swims away immediately and does not return. The other fish patiently awaiting their turn often swim away as well because they don't want a painful cleaning either! 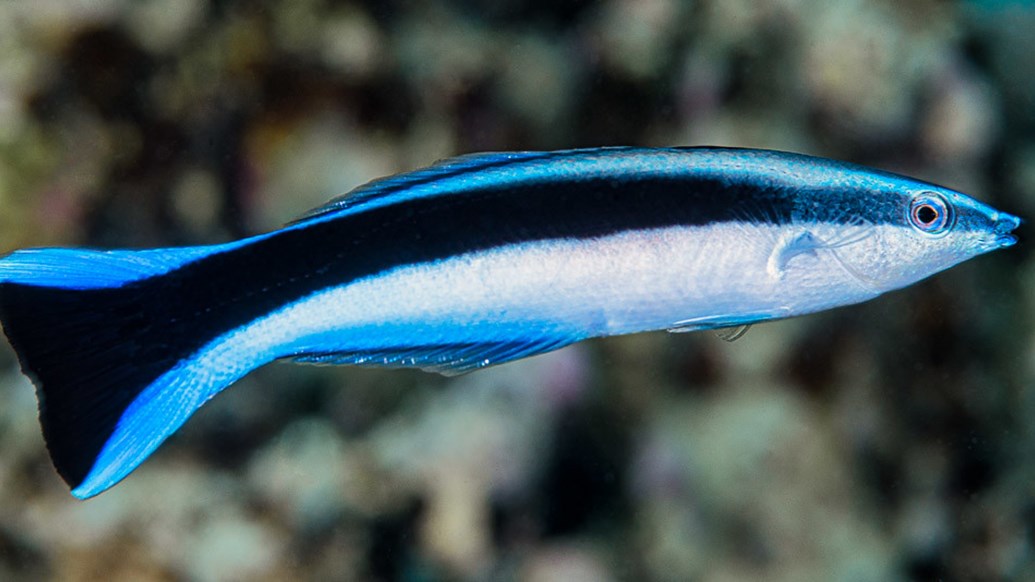