Arnhem, 4 November 2022 – Two young square-lipped rhinoceros moved from Royal Burgers’ Zoo to Wildlands Adventure Zoo in Emmen on Thursday, 3 November 2022, as part of the European Population Management Programme (EEP). The two young males, aged 3 years and 2 months and 2 years and 9 months, were both born at the Arnhem Zoo.

A light anaesthetic before getting into the transport crate

On the day of transport, the vet administered the rhinoceros with a light anaesthetic, which ensured that the animals walked into the transport crate calmly and without stress. The front of the transport crate only has sturdy bars so the animal can look out. After a final health check, the vet administered an antidote to remove the effect of the anaesthetic and allow the animals to travel safely.

An adult male square-lipped rhinoceros weighs around 2,500 to 3,000 kilos, while an adult female weighs around 2,000 kilos. The young males transported are estimated to weigh over 1,000 kilograms each. The transportation company specialises in zoo animals and has built a special truck to transport rhinoceros from one zoo to another. 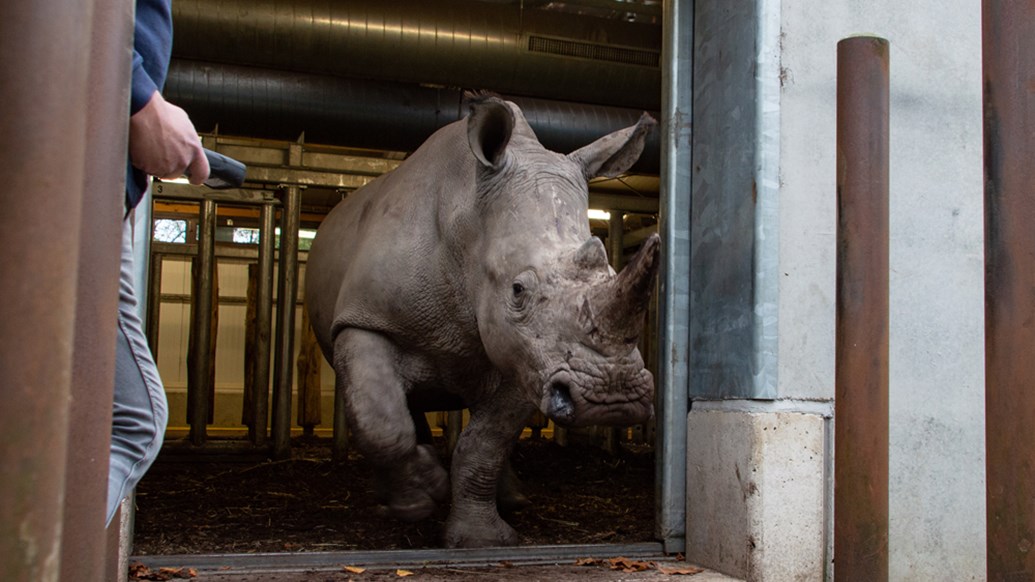 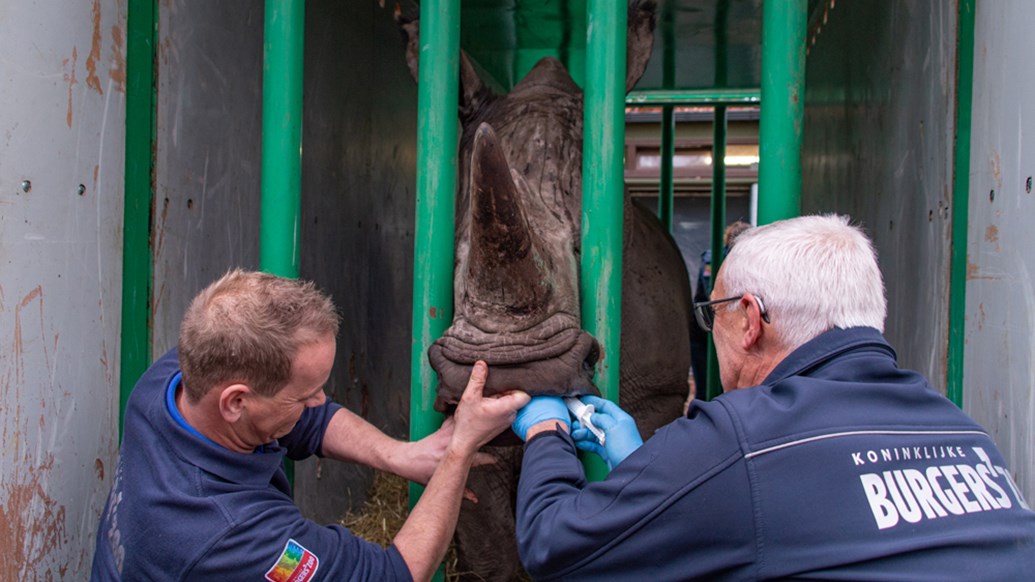 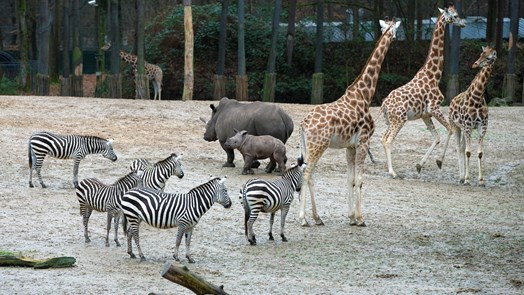 On Thursday morning, 10 February 2022, under the watchful eye of its mother, the three-month-old squ…