From Saturday, 23 April, to Sunday, 19 June 2022, over thirty spectacular sea creatures can be seen “swimming” in and around Burgers’ Ocean! The lifelike animals are made up of a staggering 1.3 million colourful plastic bricks. Take an extraordinary tour through the park and be amazed by the colourful recreations of charismatic animals such as orcas, mako sharks, giant squids, dolphins, rays, seals, manatees, penguins and a few well-known inhabitants of the tropical coral reef.

An adventure of discovery

More than thirty colourful animal statues are set out along a central route through the park and marked on a special map issued to visitors at the main entrance during the event.

Normal opening hours apply during the event, and there is no additional charge for Ocean Bricks. Season ticket holders can enjoy the event for free upon presentation of a valid season ticket, and day visitors only need to purchase a regular ticket to our zoo. 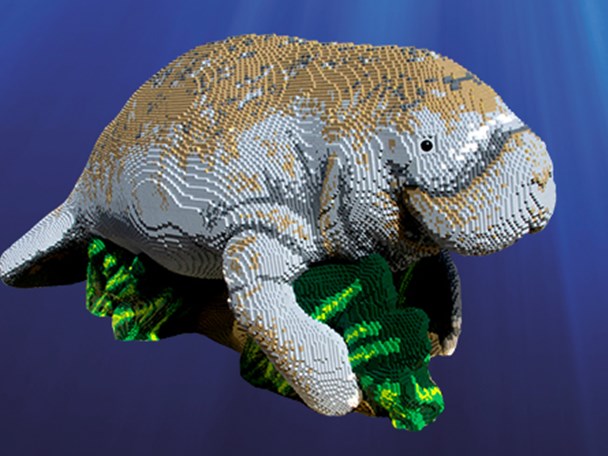 Spotting all the animal figures is fun for people of all ages, and the statues serve as an inspiration for original photos and creative selfies. Share your best photos of our Ocean Bricks on social media (Instagram, Facebook, Twitter) and tag @burgerszoo or use #burgerszoo.

The three most original photos will win a great prize; the winners will be announced via social media on Monday, 20 June. The competition is open from Saturday, 23 April, to Sunday, 19 June 2022.