Just like in nature, a temporary drop in water temperature and salinity should put Burgers' Ocean's mangrove whiprays in a reproductive mood

The biologists and zookeepers at Burgers' Ocean are trying to get two adult mangrove whiprays into a reproductive mood with a special technique. In the wild, this species of cartilaginous fish mainly reproduces during the monsoon season, when the water temperature and salinity drop temporarily. By mimicking these environmental factors, the Ocean team hopes to achieve success. The search for shark and ray reproduction in aquariums continues. Tiny, natural changes are often the trigger.

A good couple for twenty years

The two mangrove whiprays have lived together in the Ocean's tunnel basin—which holds 1.6 million litres of saltwater—for the past twenty years. The animals are thriving there and show visible interest in each other. The male weighs 46 kg, and the female is estimated at around 65 kg. Nevertheless, there is still no sign of young mangrove whiprays remain. Scientific studies in the wild indicate that mangrove whiprays in the Philippines mate during the monsoon season.

A temporary decrease in salinity

The monsoon season in Southeast Asia is characterised by a relatively short, several-month period of abundant rainfall. Mangroves are saltwater floodplain forests found along coasts all over the tropics. Rivers feed the area with fresh water, while the seas bring in saltwater. The mix creates brackish water. In times of abundant rainfall, the proportion of fresh water increases, and the salinity temporarily decreases. The average water temperature is also a few degrees lower during this period.

Simulating the monsoon in Arnhem

The mangrove whiprays are temporarily placed in a separate basin in which the salt content is carefully adjusted downwards (from 33 to 23 ‰) to simulate the monsoon period. The temperature will temporarily drop from 25 to 22 ºC. Based on scientific research in the wild, the team of biologists and zookeepers hope and expect that this will put the rays in the mood for reproduction. The temporary adjustments may be the final push the cartilaginous fish need to reproduce successfully. 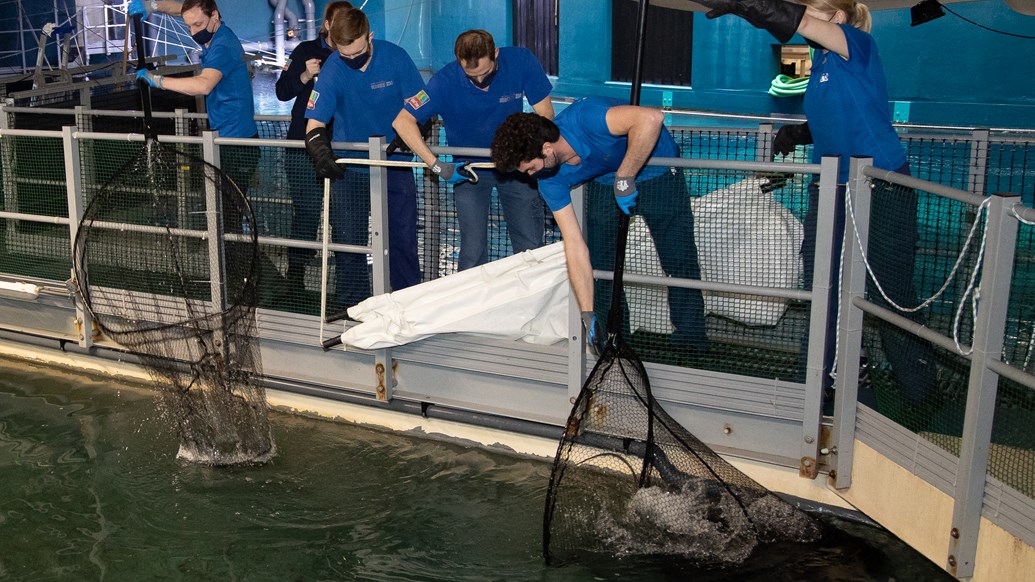