When designing a modern animal enclosure, we start by carefully studying the natural behaviour of the animal that will live in it. What does the animal need? Can it retreat out of sight if it wants to, for example? Animals native to tropical rainforests require access to heated indoor enclosures as soon as it gets too cold outside. We also try to stimulate the animals' natural behaviour by surprising them with various forms of behavioural enrichment. In this edition: what do magnets and leopards have to do with each other?

Sri Lankan leopards are solitary animals; the males and females only come together briefly during the mating season. Shortly after, both animals go their separate ways again. In the wild, a male's territory usually overlaps the habitats of several females. Leopards mark their territorial boundaries with dung and urine and by depositing scent by rubbing their heads or paws on trees, stones or bushes. They also often leave clearly visible scratch marks—usually on tree trunks. When females are in heat, the males make advances towards them. 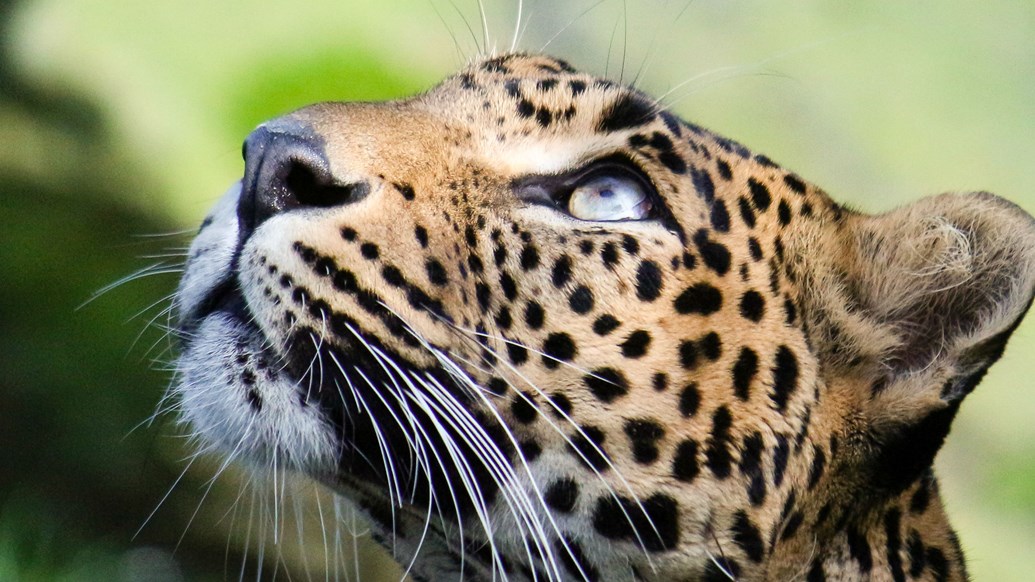 Leopards and panthers are the same species. In Dutch, the African type of this animal are generally called leopards, and the Asian ones are called panthers. Many other languages lack such a clear distinction. Because the leopard or panther has a relatively large habitat, there are several subspecies. In most subspecies, leopards often drag their prey high into a tree, especially in areas with a lot of competition from other predators. There are no large predators in Sri Lanka that pose a threat to Sri Lankan leopards, so this subspecies rarely exhibits such behaviour.

Burgers' Zoo has a large indoor enclosure that consists of different sections, allowing us to keep leopards separated from each other. Outside the mating season, a male and a female encounter can become very aggressive! Three outdoor areas are linked to this indoor area: one large, on-exhibit area and two smaller, off-exhibit areas. We try to stimulate the leopards' natural behaviour in these enclosures using various forms of behavioural enrichment. 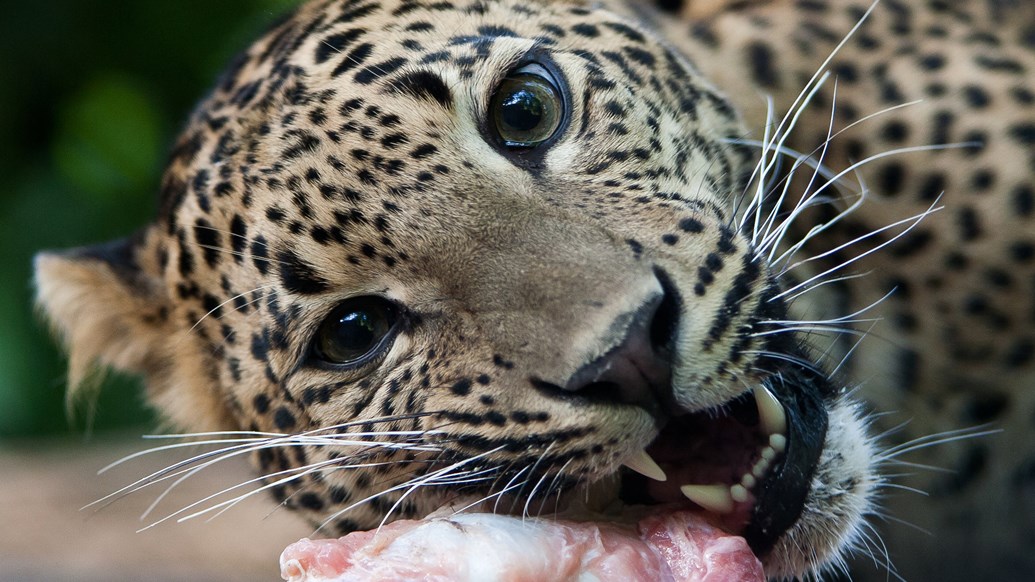 Sometimes, we hang a leg of meat on a rope from a tree in the enclosure or lay it on a rock. The leopard will spend a long time tearing the leg loose or gnawing the meat off while hanging. Another form of behavioural enrichment uses magnetic boxes. These small boxes are not visible to the visitors and are mounted throughout the enclosure. The boxes are filled with small pieces of meat in the morning and closed with magnets. The boxes open one by one at alternating times, triggering the leopard to reach an open cabinet in time to enjoy a tasty treat. This helps keep the leopard extra-alert and stimulates its natural, inquisitive hunting instinct. 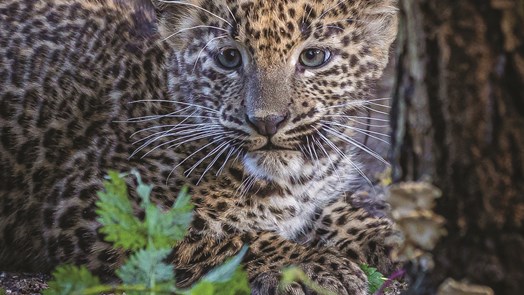 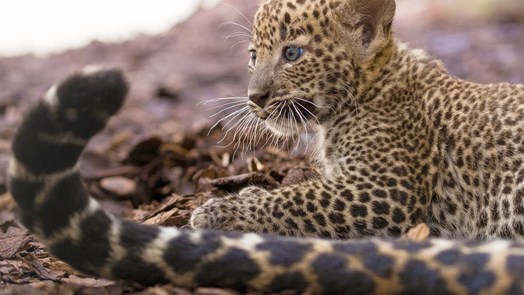