Thursday, 1 February 2018, marks an extraordinary milestone for Burgers’ Zoo. That is the date on which Arnhem zoo’s youngest aardvark will reach its first birthday, thanks to the extra care and dedication of the animal keepers during the critical period directly after its birth. They provided intensive, 24/7 care for the newborn aardvark during the first weeks of its life, even temporarily bottle-feeding it at home during the night. As the European Stud Book keeper for aardvarks, as well as the most successful aardvark breeder, the Arnhem zoo has gained years of knowledge on and experience with the eccentric species, which have a positive impact on the breeding results.

Modern zoos try to let nature run its course as much as possible, intervening only when absolutely necessary. In the case of aardvarks, however, both mother and newborn child often need a little help getting started. Aardvarks are rather clumsy, and their behaviour towards their newborn offspring is no exception. An early death caused by an unsuspecting mother rolling on top of her own cub in her sleep is not uncommon among aardvarks. Feeding on their mother’s milk can also be a challenge for newborn cubs, as milk let-down often takes a while. The required effort and the lack of mother’s milk as a reward can severely weaken the young animal in its first days of life.

Based on years of experience with the species, the animal keepers tend to the newborn aardvark 24/7 during its first weeks. The cub is allowed to nurse from its mother’s teats at fixed times. By weighing the cub before and after drinking, the keepers can accurately track the frequency and quantity of milk ingestion. As a precaution against potentially fatal internal bleeding caused by the mother lying on top of her cub, the animal keepers take newborn aardvarks home with them at night during the initial critical period. They also bottle-feed the cub multiple times a night until it is strong enough to nurse from its mother and spend the night at Burgers’ Zoo from then on. Young aardvarks are exceptionally stubborn, and must grow used to the bottle from day one. They completely refuse the bottle as soon as they become a bit stronger.

There are only 52 aardvarks alive in Europe, 18 of which were born in Burgers’ Zoo. That is 35% of the European zoo population. Only 22 European zoos keep this extraordinary species. There are currently 5 aardvarks in Arnhem: 4 females and 1 male. Keeping aardvarks is not easy; they are very demanding about their living environment, and their unusual diet makes them difficult guests. In the wild, aardvarks eat tens of thousands of ants and termites every day. 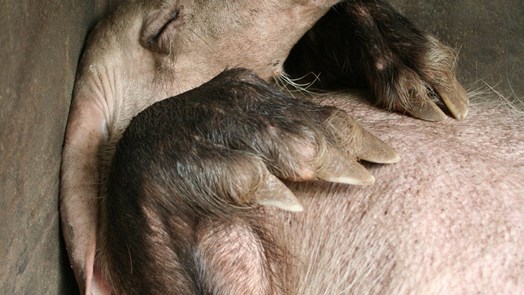 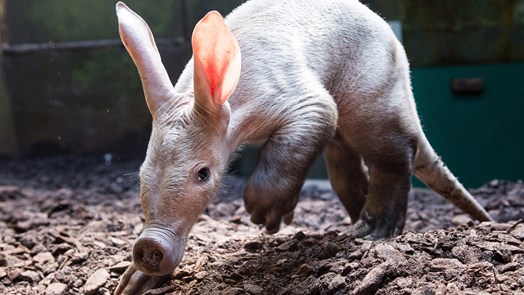