Indoor tropical rainforest Burgers’ Bush has a new animal species: 300,000 leafcutter ants carry fresh leaves to their nest in a newly designed enclosure. Workers chew up the leaves and feed them to the fungus colony, which serves as food for the ants’ larvae. Thanks to a creative network of interconnected telephone poles and wires, visitors can regularly see leaves walking through the Bush at eye level. 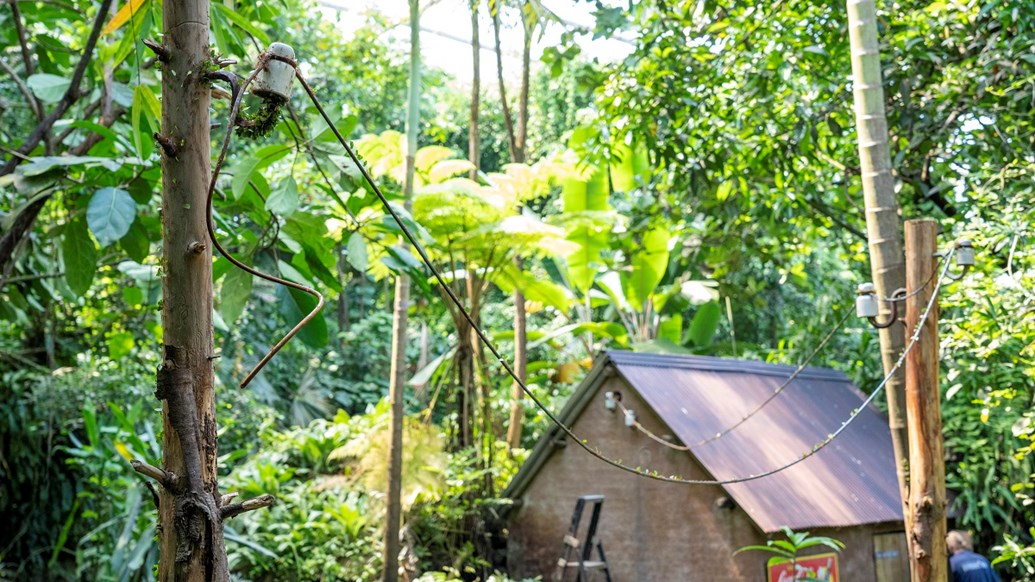 Traffic jam in the Bush

300,000 leafcutter ants have been given a newly designed enclosure in the indoor tropical rainforest at Royal Burgers’ Zoo. From several interconnected terrariums in the shelter of a roofed house, the insects can use an ingenious network of telephone poles and wires to obtain fresh leaves for food on islands in the Bush. 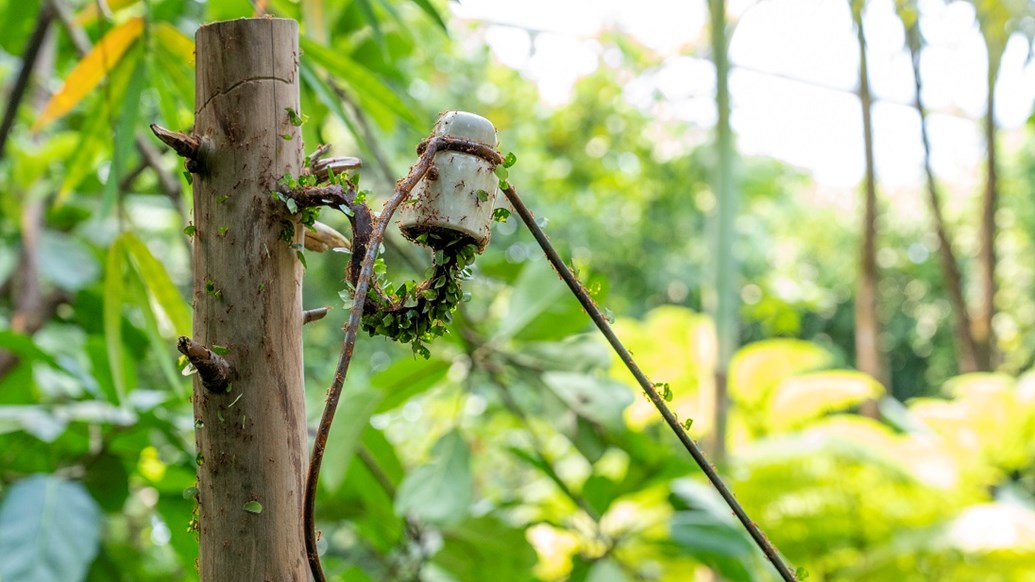 Building a colony of leafcutter ants

The queen can live for fifteen to twenty years and produces several types of offspring, all of which are initially born as larvae. There are three types of worker ants: minims, mediae and majors. There are also soldier ants who protect the colony. The rest of the colony consists of either winged males or winged females (also called princesses).

Clear division of roles within the colony

The queen’s sole task is to produce offspring. The mediae and major workers cut pieces out of leaves and drag them to the fungus chamber, where the minima workers chew up the leaves and feed them to the fungus colony, which forms the food for the ant larvae. Soldiers guard the ant colony from potential enemies, while winged males and females ensure the preservation of the species. The princesses mate with multiple males to store millions of fertilised sperm cells and start their own colony elsewhere.